On June 13th a group of PKAM members and friends made a 4WD trek into the wilderness of Pahang as part of its Malaysian orang asli (indigenous people of Malaysia) outreach programme to supply them with basic provisions such as rice, milk powder, sugar, milo and noodles. It took many hours of dirt road manoeuvres to finally reach the Jakun people who live around lake Chini. Lake Chini is the second largest freshwater lake in Malaysia and is a threatened biosphere reserve.

When the group reach the settlement which consisted of a few simple wooden shacks the orang asli were initially apprehensive. Upon gaining the trust of the penghulu (headman) and explaining to him that we were only there to be of service did they accept the provisions and later enjoyed an Indian vegetarian lunch. 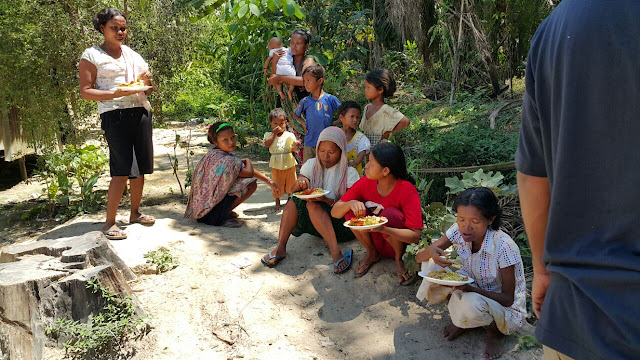 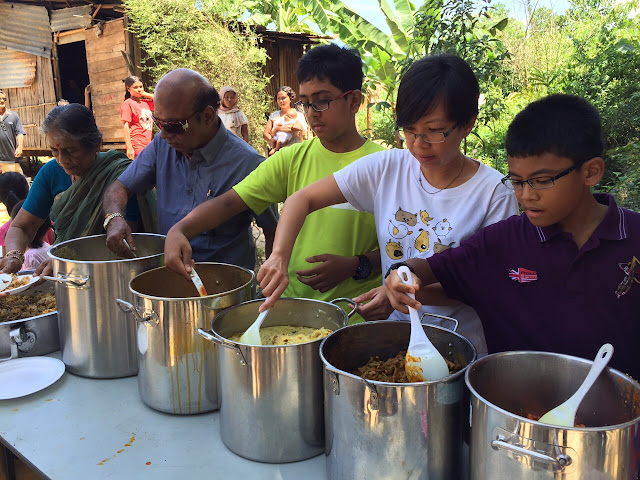 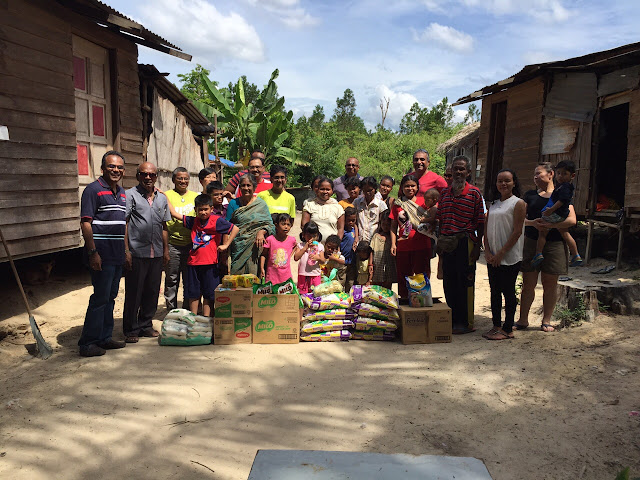 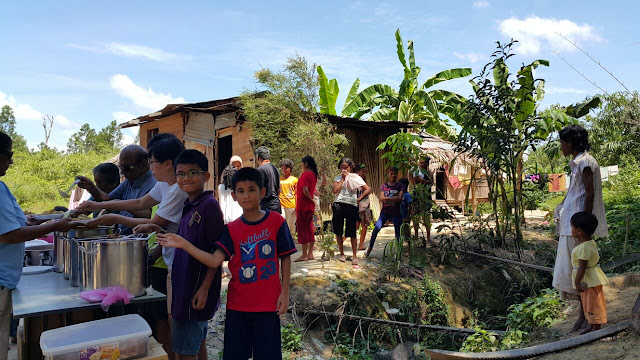 Posted by Guhanatha Swami at 10:08 AM